Objectives of the workshop:

Register Now For A Workshop

Jon Sperry, Ph.D., LMHC, LCSW, NCC is a core faculty member in the Clinical Mental Health Counseling program at Lynn University. He is a board certified licensed mental health counselor and a licensed clinical social worker in the state of Florida and has been a staff therapist at the Counseling and Psychological Services at Florida Atlantic University (FAU) since 2010. Dr. Sperry is currently the co-editor in chief of the Journal of Individual Psychology.

Dr. Sperry has co-authored five textbooks, five book chapters, and various professional articles. In November 2017, he co-authored the book, Cognitive Behavioral Therapy in Counseling Practice, through Routledge Publishing. Other books that he has co-authored have included two editions (2012 & 2020) of Case Conceptualization: Mastering this Competency with Ease and Confidence (translated in Turkish in 2016 and Korean in 2015) and Cognitive Behavior Therapy of the DSM-5 Personality Disorders in 2015. He also co-edited Psychopathology and Psychotherapy: DSM-5 Diagnosis, Case Conceptualization, and Treatment in 2015.

In addition to his clinical experience and publications, he has conducted workshops and lectures throughout the United States and in 19 countries around the globe- including Bulgaria, The Bahamas, Brazil, Canada, China, France, Germany, Ireland, Japan, Mexico, Morocco, Netherlands, Romania, Slovakia, South Korea, Taiwan, Turkey, The United Kingdom, and Uruguay.

For more information about Dr. Sperry and his work, please visit www.drjonsperry.com

Adlerian therapy is well suited for clinical practice today because its theory and practice is compatible with a wide range of contemporary approaches. It is noteworthy that many of the basic principles of Adlerian theory have influenced and predated some of the most commonly utilized counseling approaches that are used today (Corey, 2017). The Adlerian perspective is optimistic and focuses on assets, strengths, and health rather than on liabilities, deficits, and pathology.

This workshop will focus on the utilization of Adlerian strategies that can be used with adolescents and adults. The workshop will introduce trauma-informed Adlerian case conceptualization and will also highlight how practitioners can incorporate Feedback Informed Treatment (FIT) in Adlerian counseling. Emphasis will be on Adlerian case conceptualization, lifestyle assessment, and Adlerian-informed treatment strategies.

You don't learn Individual Psychology (IP) counseling from a book, you learn it one client at a time, and good supervision and consultation is essential. This workshop will integrate the best practices for supervision established by professional organizations with the core constructs and the psychological dynamics of IP. The use of the IP case formulation will be demonstrated. The use of IP dynamics will be discussed and illustrated. Learning contracts for both individual and group formats will be shared, and collaborative goal setting will be modeled and discussed. The structure, roles, and functions of an IP supervision/consultation group will be presented, demonstrated, and practiced.

My original training in Adlerian Psychology was with Rich Kopp when I was in graduate school, 1973-1978. He was the chair of my dissertation using early recollections to explore sex role stereotypes. I completed a post graduate certification in Adlerian psychotherapy with Bob Powers and Jane Griffith in 1990. I served as Treasurer of IAIP, am a long-term
member of NASAP and have served on their Board of Directors. I was also a board member and President of Oregon Society of Individual Psychology. I have published several papers in JIP and presented at the annual conference numerous times. I am currently an Associate Professor at Adler Graduate School in Minneapolis, where I teach on-line courses. 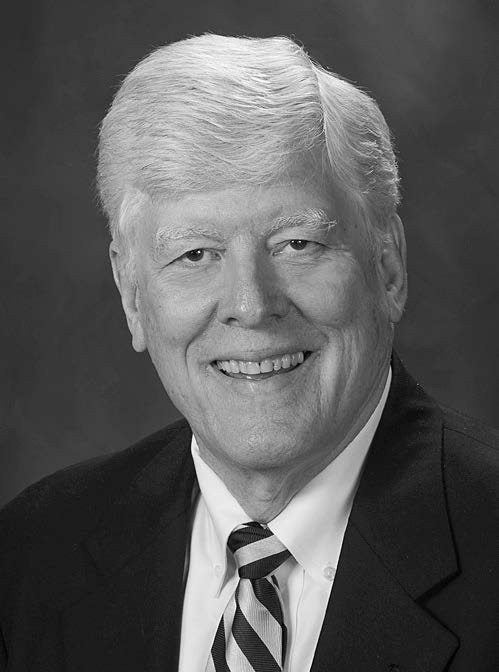 This didactic and experiential workshop will focus on understanding the development of lifestyle through the creation of a childhood memory map. The childhood memory map will focus on family, friends, neighborhood, and school. Lifestyle conclusions will be developed based on the personal perceptions of the components of the memory map. Components of the lifestyle conclusions will be utilized in seeking solutions to current challenges. The workshop will be conducted using the theory of Alfred Adler and will emphasize empathy, encouragement, equality, ethics and education as the theoretical and practical. Objectives: Participants will (1) review several principles of Adlerian psychology, (2) create a childhood memory map focusing on family, friends, and community, (3) identify personal perceptions of childhood family, friends, and community, (4) utilize the perceptions as a source of strengths and socially useful strategies, (5) identify a current challenge, and (6) utilize personal strengths and resources to move toward a solution of the identified challenge.

Wes Wingett, PhD, LMHP has been a counselor in private practice in Norfolk, NE since 1978. Prior to entering private practice, Dr. Wingett had been employed as a counselor in a mental health center, a university program development specialist, and in multiple educational settings as a counselor and teacher. Dr. Wingett received his bachelor’s degree from Wayne State College, Wayne, NE, and his masters and doctorate in guidance and counselor education from the University of Wyoming in Laramie, WY. Additional graduate study was completed at the University of Northern Colorado and the University of Vermont. Dr. Wingett’s private practice focuses on providing individual, couple, and family counseling, consultation to educational institutions and businesses, and presenting Adlerian training in a variety of national and international venues. Wes has served as a consultant in the areas of aging and long-term care solutions, early childhood education, time and stress management, domestic violence, drug and alcohol prevention and treatment, health care and wellness, criminal justice, adult-child relationships and training of professional educators and counselors.

Michael has practiced Adlerian Counseling and Psychotherapy for over 30 years. He holds a license to practice Clinical Psychology in the state of Virginia. Michael is an associate Fellow in the Irish Psychological Society as well as a Chartered Psychologist in Ireland. His Doctorate is from the College of William and Mary in Virginia.

Attracted to Adler’s Individual Psychology as an  undergraduate student taking a Psychology Class, Michael discovered the links between Adler and Michael’s lifelong love of music. His Professional life is infused with his ongoing work as an Adlerian and his continued pursuit of growth in music through performance. His early experiences demonstrated social connectedness and contribution as important elements, so Adler’s ideas appear as self evident experiences. The sharing of music with people from other cultures who have different languages further enhances the value of music as a universal form of  communication in his experience.

As Michael entered his Psychological training at Rutgers and continued in a Graduate Program at William and Mary, he was exposed to more of Adler’s ideas and found a Mentor. That led to membership in NASAP in the 1980s and more exposure and training. He expanded his experiences by living, working & teaching in Bermuda from 1998 to 2007. He has also spent time in Ireland providing his Professional Expertise. He became an Associate Fellow of the Psychological Society of Ireland due to those experiences. He and his family returned to the US in Southwest Virgina in 2011, working at a State Child Development Clinic, as well as providing Private Practice Services to Clients in the under-served area of Appalachia.

This two-day Advanced ISIP Workshop will present Michael’s approach which incorporates an overview from a Theatrical Perspective. Incorporating Blaybill, background, writers, synopsis, and moving through the experience as Act 1, Act 2, and Resolution. Post-Event discussion will incorporate the elements and experience. Ongoing activities will incorporate demonstrations, small group activity, and reciprocal discussions. This event will be an additional hands-on experience for Advanced Attendees.

This didactic and experiential workshop based on the Individual Psychology of Alfred Adler will identify a current personal experience that is creating a challenge, process the event utilizing several Adlerian-based strategies, and create alternative solutions encompassing an increased sense of community feeling or social interest. Emphasis will be on using Adlerian-based theory and practice to increase self-understanding and professional development. 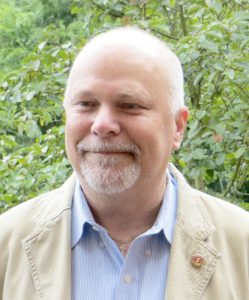 Spend two days with Steven A. Maybell, Ph.D. who started The Series, the three course program
in Adlerian Theory, Adlerian Psychotherapy, and Adlerian Family Therapy, leading to the ISIP Certificate of Professional Studies in Adlerian Psychology. Those of you who took The Series from Steve know how well he is able to bring clarity to Adlerian ideas and create a dynamic learning environment.

Steve is one of the world’s 35 Diplomates in Adlerian Psychology, as well as a Diplomate in Professional Psychotherapy, a Diplomate in Clinical Social Work, AAMFT Clinical Fellow and Approved Supervisor, and listed in Who’s Who Among America’s Teachers. He is currently the Director of the Student Counseling Center and Professor in Marriage and Family Therapy at Seattle Pacific University. He also maintains a private consultation and supervision practice for licensed mental health professionals and those pursuing licensure.

Dr. Maybell has authored numerous publications including “Raising Respectful Kids in a Rude World” (Prima 2001) and “Calming the Family Storm” (Impact 2005). Dr. Maybell has been teaching Adlerian Psychology for over 40 years. Steve’s consistently positive evaluations are a testimony to his ability to make Adlerian Psychology practical, accessible, and relevant to today’s world and today’s problems.

Steve has put together a special two day training for us, sharing the most innovative, impactful, therapeutic strategies he has come across in his over 40 years of practice, almost never included in Adlerian therapy trainings. The course will incorporate lecture and discussion, experiential exercises, and video and live demonstrations. Therapeutic techniques will be chosen from the list below.

Advanced Workshops are open to all graduates of The Series  ( the 3 Basic Workshops) who have attended one Annual Conference. 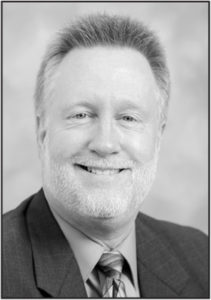 Dr. Richard Watts is a Texas State University System Regents’ Professor, a Distinguished Professor of Counseling at Sam Houston State University (SHSU), and the Director of the Ph.D. Program in Counselor Education and Supervision at SHSU. He is also a Fellow of the American Counseling Association, a Diplomate in Adlerian Psychology, and the immediate Past-President of the North American Society for Adlerian Psychology. Dr. Watts has published and presented extensively, both in the United States and internationally, on Adlerian theory and practice, and has developed or adapted several Adlerian-based interventions that will be addressed in this workshop.

Being a Therapeutic Chameleon: Integrative Strategies and Techniques for Adlerian Therapy

We're excite to announce that our Annual Conference is March 4th & 5th 2022! Alyson Shaeffer will be presenting an "Adlerian Approach to Supporting Teens and the Families They Live In". CLICK HERE FOR MORE INFORMATION ON THE CONFERENCE
We are planning our workshops for the Spring of 2022. Check back or contact us if you have any questions.